I love yoga. Usually when I’m in Israel I have a hard time fitting yoga classes into my very busy and active schedule, but in Edinburgh, my schedule wasn’t as tight. Pilates classes seemed to be less challenging than I’m used to, and there were less dance classes. That combined with the fact that the yoga scene is quite large, and it wasn’t hard to find where to practice, led me to start taking a few yoga classes per week. Since I had no idea which studios and teachers would be good for me, I went by proximity and by the schedule. After trying quite a few places and teachers, I can recommend my top pick.

After taking yoga classes in both London and Edinburgh, I realized that hot yoga was quite popular in the UK. Maybe because I come from a very warm country, where it’s 90+F during the summer and you sweat all day long between May to October, I’m not a big fan of hot yoga. I am, however, a fan of flow yoga classes (or Vinyasas). I searched online and found that Tribe Yoga gave Vinyasa classes in a slightly heated room 26C (79F) instead of 32C hot yoga (90F), and I decided to try it.

Tribe Yoga has three locations in Edinburgh. I chose to go to their New Town location, as the class worked out perfectly with my schedule. Though I have been to many studios around the world, New York and London included, when I arrived I was shocked at how pretty the studio was. I had entered a bright space which was white and wooden, and had a boho surfers vibe to it. I was shown to the bathrooms, where I found out that each stall was huge with its own private shower. The studio in which we practiced had been pre-set with mats, the lights were dim, and the ceiling had little lights that sparkled like starts.

But what I found to be even better than the facility, was the teacher, who gave us a super flowy Vyniasa, offering a lot of corrections (including some hands on corrections as well as stretches) and challenging each and everyone in the room. That teacher was the lovely Jacob Mellish. Jacob teaches Flows as well Yin Yang and power yoga. He teaches at both the New Town and the Quartermile location, and I would highly recommend trying to catch a class with him. 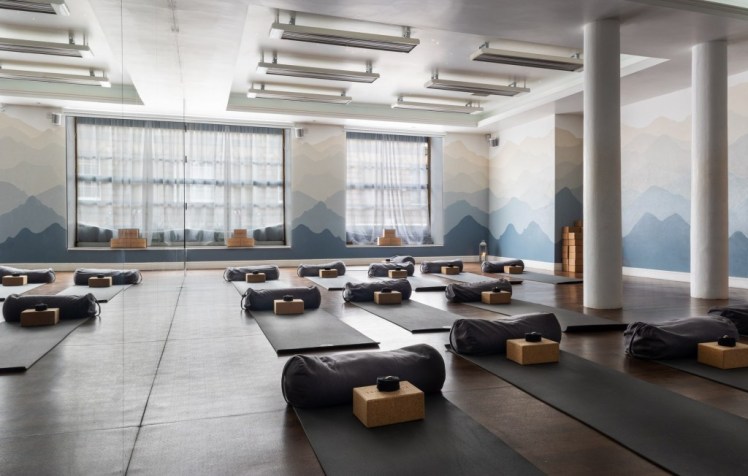